Death of an Alchemist
by Mary Lawrence 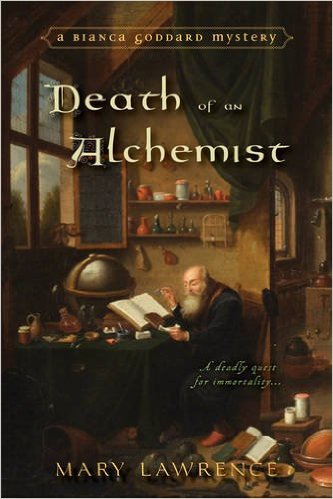 Death of an Alchemist
(A Bianca Goddard Mystery)

In the mid sixteenth century, Henry VIII sits on the throne, and Bianca Goddard tends to the sick and suffering in London’s slums, where disease can take a life as quickly as murder. . .

For years, alchemist Ferris Stannum has devoted himself to developing the Elixir of Life, the reputed serum of immortality. Having tested his remedy successfully on an animal, Stannum intends to send his alchemy journal to a colleague in Cairo for confirmation. Instead he is strangled in his bed and his journal is stolen.

As the daughter of an alchemist herself, Bianca is well acquainted with the mystical healing arts. As her husband, John, falls ill with the sweating sickness, she dares to hope Stannum’s journal could contain the secret to his recovery. But first she must solve the alchemist’s murder. As she ventures into a world of treachery and deceit, Stannum’s death proves to be only the first in a series of murders–and Bianca’s quest becomes a matter of life and death, not only for her husband, but for herself. . . 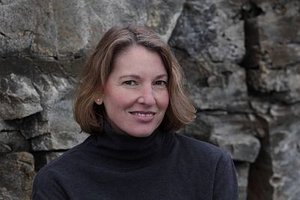 Mary Lawrence studied biology and chemistry, graduating from Indiana University with a degree in Cytotechnology. She won the Celtic Heart Golden Claddagh Award for historical fiction, and was a finalist in both the RWA® Golden Heart contest, and the Gotham Young Adult Novel Discovery competition. Along with writing and farming, Lawrence works as a cytologist near Boston. She lives in Maine. The Alchemist’s Daughter

is the first book in the Bianca Goddard Mystery series. Visit her at marylawrencebooks.com.

A SCONE TO DIE FOR blog tour and giveaway

KISS ME IN CHRISTMAS by Debbie Mason & Giveaway