The Deep End
by Julie Mulhern 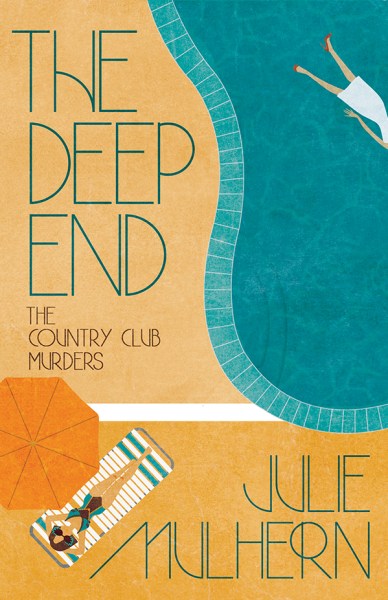 FIRST IN A NEW SERIES

Swimming into the lifeless body of her husband’s mistress tends to ruin a woman’s day, but becoming a murder suspect can ruin her whole life.

It’s 1974 and Ellison Russell’s life revolves around her daughter and her art. She’s long since stopped caring about her cheating husband, Henry, and the women with whom he entertains himself. That is, until she becomes a suspect in Madeline Harper’s death. The murder forces Ellison to confront her husband’s proclivities and his crimes—kinky sex, petty cruelties and blackmail.

As the body count approaches par on the seventh hole, Ellison knows she has to catch a killer. But with an interfering mother, an adoring father, a teenage daughter, and a cadre of well-meaning friends demanding her attention, can Ellison find the killer before he finds her.

In the 1970s, there was nothing quite so homogenous as a country club. Think Lilly Pulitzer as a summer uniform. Think playing golf, tennis and bridge with the same people day after day. Think the same books, television shows and music.

That is Ellison Russell’s world before she swims into a body. That and trying to hold onto the frayed remains of her marriage. Job number two is attempting to please her controlling mother who insists that Ellison play bridge after finding a corpse…

From her seat at the table, Mother gave me her best what’s-Ellison-wearing look. The expression includes narrowed eyes, pursed lips, a tilted chin and the expectation of disappointment. I wore a sunny yellow Lilly shift printed with orange baboons and green squirrels, a matching lime sweater around my shoulders and green sandals with a sedate heel.

She couldn’t complain. I was on time, appropriately dressed with my hair combed into the French twist she preferred. I offered her a pinched expression that might pass for a smile.

“Darling girl, I heard y’all had the most appalling morning.” Bitty Sue Foster beamed up at me. With her deep tan, surfeit of teeth and cotton ball hair, Bitty Sue’s smile could be rather blinding. I blinked. “Your momma said y’all didn’t want to be alone.” Bitty Sue was from Savannah and forty years of living in Kansas City had done nothing to erase her accent. “I’m so glad we had an open seat.”

Lorna Michaels reached out and trapped my wrist in her roped hand. With its pointy nails, it looked like a turkey vulture’s talon. “You must tell us all about it. You’ll feel better.”

She’d feel better dining out on a first-hand account of how I found a murdered Madeline Harper floating in the swimming pool.

In that moment, murder seemed like a completely reasonable way to handle problems. I could slip cyanide into Mother’s five o’clock gin and tonic or maybe I could toss a toaster into her bubble bath or… I didn’t know. Never having contemplated murder before, I wasn’t terribly creative.

Ellison would tell you that murder has a way of distilling priorities and that finding a body can ruin your whole day…and a rubber of bridge. Over the course of The Deep End, Ellisn discovers that blackmail, greed and murder swim beneath the smooth surface of homogeneity. She also discovers herself. 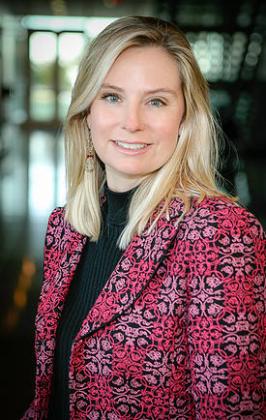 Julie Mulhern is a Kansas City native who grew up on a steady diet of Agatha Christie. She spends her spare time whipping up gourmet meals for her family, working out at the gym and finding new ways to keep her house spotlessly clean—and she’s got an active imagination. Truth is—she’s an expert at calling for take-out, she grumbles about walking the dog and the dust bunnies under the bed have grown into dust lions. She is a 2014 Golden Heart® Finalist. The Deep End is her first mystery and is the winner of The Sheila Award.