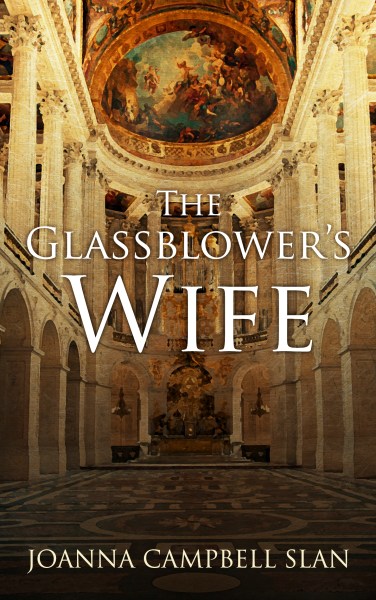 Synopsis:
When Jewish glassmakers and their families flee the powerful Doge of Venice, the cost of their freedom is three hundred and fifty-seven mirrors—the creation of the magnificent Hall of Mirrors in Versailles. But the Doge sends assassins to pick off the artists, one by one. Can Ruth Telfin, the mute widow of the head glassmaker, save her people?

Love Can Be Better, The Second Time Around

If practice makes perfect, then it makes sense that a second marriage should be happier than the first, doesn’t it?

Worked that way in my life. I learned a lot about what I wanted (and didn’t want) in a husband after I was married for five years. Then I met my current husband, my own “happily ever after” husband, David, and we’ve been together for nearly thirty-one years. In fact, it occurred to me last year that I’d been married to him for nearly half of my life! Imagine that!

In The Glassblower’s Wife, Ruth Telfin is a second wife. Her husband, Saul, was initially married to a woman who wouldn’t shut up. So the fact that Ruth is mute doesn’t bother Saul. He actually finds it charming.

Because she doesn’t speak, people make the mistake of thinking Ruth is stupid. Nothing could be further from the truth. She’s incredibly bright. She’s also very, very observant. Since she’s silent, she’s often overlooked, so she sees and hears things others don’t. All of this comes in handy when she has to step forward to save her community.

I am always amazed at how women are undervalued. Decades ago, I heard the legendary Shirley Chisholm speak about her career. She was frank, saying that she’d suffered more prejudice against her as a woman than against her as an African-American. As I wrote this LONG short story, The Glassblower’s Wife, I had no problems imagining how a woman with a disability might be underestimated. Consequently, I love how Ruth triumphs in a most unexpected way.

The Glassblower’s Wife is definitely what you’d call a “feel good” story. That was my goal all along, and if the early reviews are any indication, readers agree with me.

About The Glassblower’s Wife –

In the late 1600s, the Doge of Venice sent assassins to kill a group of glassblowers who had been enticed by the French to work on the Palace of Versailles. One by one, the Jewish artisans were picked off…leaving the Hall of Mirrors unfinished, until an unlikely heroine stepped forward and performed a miracle.

If you’d like to learn more about the background of this LONG short story, send an email to TGBWBonus@JoannaSlan.com You’re receive a printable copy of the cover, discussion questions, and information about the fact and fiction in this tale. 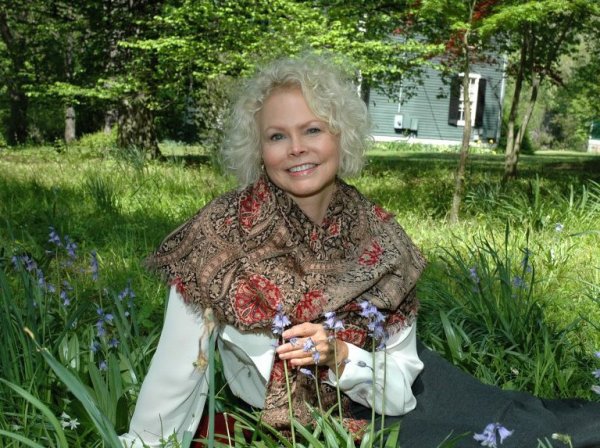 Joanna Campbell Slan is the award-winning author of the Kiki Lowenstein Mysteries (an Agatha Award Finalist) and two other mystery series. Her stories in the Chicken Soup for the Soul series has been read and loved by millions. Her books reviving the classic heroine Jane Eyre have won the prestigious Daphne du Maurier Award. In her past life, Joanna was a television talk show host, an adjunct professor of public relations, a sought-after motivational speaker, and a corporate speechwriter. She is married to David Slan, CEO of Steinway Piano Gallery-DC. The Slans make their home on Jupiter Island, Florida.