A Season For Killing Blondes
by Joanne Guidoccio 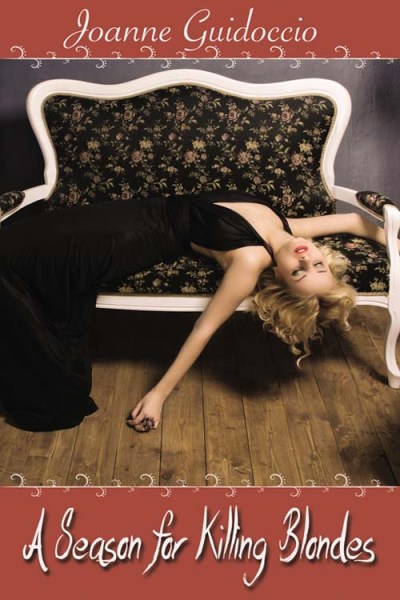 A Season for Killing Blondes

Hours before the opening of her career counseling practice, Gilda Greco discovers the body of golden girl, Carrie Ann Godfrey, neatly arranged in the dumpster outside Gilda’s office. Gilda’s life and budding career are stalled as Detective Carlo Fantin, her former high school crush, conducts the investigation. When three more dead blondes turn up, all brutally strangled and deposited near Gilda’s favorite haunts, she is pegged as a prime suspect for the murders.

Frustrated by Carlo’s chilly detective persona and the mean girl antics of Carrie Ann’s meddling relatives, Gilda decides to launch her own investigation. She discovers a gaggle of suspects, among them a yoga instructor in need of anger management training, a lecherous photographer, and fourteen ex-boyfriends.

As the puzzle pieces fall into place, shocking revelations emerge, forcing Gilda to confront the envy and deceit she has long overlooked.

“How attached are you to the name Anna May?”

Sandy Isaac’s question took me and six other members of  the critique group by surprise. While I appreciated the suggestions I had received, I wondered about Sandy’s question. Anna May Godfrey is the villain in A Season for Killing Blondes. I had spent several years in Anna May’s company and wasn’t prepared to change her name.

The Godfrey sisters and cousin all have double names: Anna May, Carrie Ann, Jenny Marie, and Melly Grace. They weren’t given those names at birth but decided early in life to distinguish themselves. As Anna, Caroline, Jennifer and Melanie, they ran the risk of sharing names and creating confusion in the minds of their teachers and fellow classmates.

Sandy noticed my hesitation and explained her resistance to the name. Said quickly, Anna May becomes “anime,” a style of animation often featuring themes intended for an adult audience. Two of the other members nodded while five of us merely shrugged. But Sandy’s concern raised several questions in my mind.

How would my readers respond?

Would they make the same connection as Sandy?

Would Anna May’s name suit or hinder her villain status?

A well-chosen name sets the right tone for the character and, in some cases, may even suggest certain physical, emotional, or psychological characteristics. James Bond flows well and suggests excitement and wealth while Scarlett O’Hara conjures up images of plantations and Southern belles. Short one-syllable names like Jane Eyre suggest direct and well-grounded personalities while longer, multi-syllabic names like Anna Karenina and Armand Gamache are often associated with more complex personalities.

I have a personal preference for certain names, in particular, the apostle names, Luke and Paul. Patricia Anderson, one of my beta readers, pointed out that I had used Paolo, Paula and Pauline for three different characters in the novel. Definitely overkill. I had no problems changing the names of these secondary characters: Paula → Belinda and Pauline → Karen.

While researching, I discovered the following tips:

When I researched the names of the five principal characters of A Season for Killing Blondes, I achieved a score of 80 percent.

Anna May– Anna means favored by God and, May is often used for girls born during the fifth month of the year.

BTW…I’m sticking with Anna May! 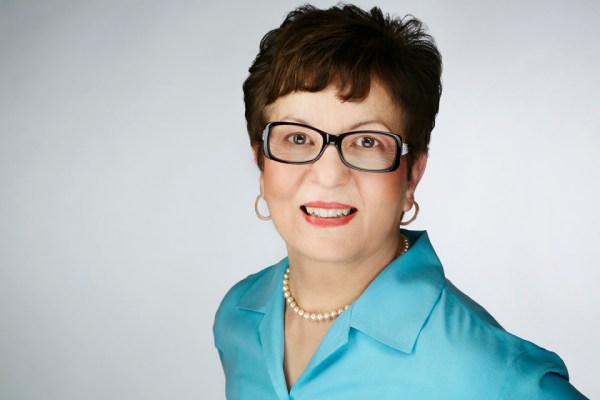 In high school, Joanne dabbled in poetry, but it would be over three decades before she entertained the idea of writing as a career. She listened to her practical Italian side and earned degrees in mathematics and education. She experienced many fulfilling moments as she watched her students develop an appreciation (and sometimes, love) of mathematics. Later, she obtained a post-graduate diploma as a career development practitioner and put that skill set to use in the co-operative education classroom. She welcomed this opportunity to help her students experience personal growth and acquire career direction through their placements.

In 2008, she took advantage of early retirement and decided to launch a second career that would tap into her creative side and utilize her well-honed organizational skills. Slowly, a writing practice emerged. Her articles and book reviews were published in newspapers, magazines, and online. When she tried her hand at fiction, she made reinvention a recurring theme in her novels and short stories. A member of Sisters in Crime, Crime Writers of Canada, and Romance Writers of America, Joanne writes paranormal romance, cozy mysteries, and inspirational literature from her home base of Guelph, Ontario.

June 21 – Cozy Up With Kathy – Interview

June 30 – Escape With Dollycas Into A Good Book – Review

Suspicion At Sea by Amie Nichols and review

A Darker Shade of Evil, A Demon & Devil Anthology