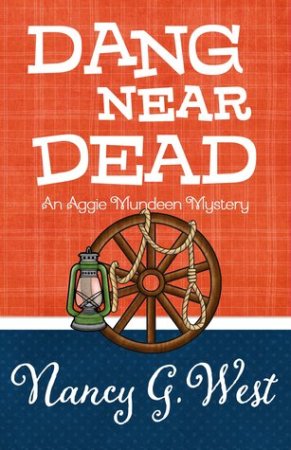 Synopsis
Aggie vacations with Sam and Meredith at a Texas Hill Country dude ranch with plans to advise her column readers how to stay young and fresh in summer. Except for wranglers, dudes, heat, snakes and poison ivy, what could go wrong?

When an expert rider is thrown from a horse and lies in a coma, Aggie is convinced somebody caused the fall. Despite Sam’s warnings, Aggie is determined to expose the assailant. She concocts ingenious sleuthing methods that strain their dicey relationship as she probes secrets of the ranch and its inhabitants. After she scatters a hornet’s nest of cowboys, she discovers more than one hombre in the bunch would like to slit her throat.

Babs….When did you know you wanted to write?

In my last semester of college, when I was a practical lass studying Business Administration, I took an elective course in creative writing. The professor, bored with creative writing, was teaching to help pay for his law school classes. He probably had a business degree. Despite his disinterest in the subject, I realized writing was what I wanted to do. Forever.

Babs…..What would you like your readers to get out of DANG NEAR DEAD?

I hope they grow even fonder of Aggie, her friend Meredith, and her love interest Detective Sam. I want readers to enjoy the Texas Hill Country so much they can smell the air. Most of all, I’d like them to chuckle over characters’ foibles. We mortals are strange and amusing creatures.

Babs…..Do you have a current project in the works?

Always. I’m not happy unless I’m writing or preparing to write. The next Aggie Mundeen mystery, Smart, But Dead, comes out this year. Single, pushing forty and fearing nothing but middle-age decrepitude, Aggie signs up for a course about genetics of aging. She gets a professor who can’t stand her, finds a campus corpse, races to investigate and lands to jail. Detective Sam is not pleased.

Babs…..Do you have a ritual when you are writing? ie coffee, music, food etc

I can’t listen to music because I gravitate to the music instead of the story. I abandon the computer only when starving. I hate it when the phone rings.

For me, writing is not a hobby; it’s an obsession. My hobbies are learning to play guitar, playing piano, reading, getting together with family and friends, going to lectures, galleries, movies, and sitting lakeside, where I soak up the breeze and think up stories.

Babs….What book or books are you currently reading?

I just finished In the Hollow of His Hand by Doris and Larry Puckett, their amazing story of being Christian missionaries for forty years in Mexico. I’m reading Donna Tartt’s exquisitely written book, The Goldfinch. Next up are books by Left Coast Crime award nominees at so I’ll know who to vote for. My TBR shelf has James Lee Burke’s Wayfaring Stranger and Ken Follett’s Edge of Eternity.

Babs….If you could be one character from one of your books who would it be?

Probably Aggie’s friend, Meredith. She’s in her twenties, has been disillusioned but is thoughtful, reasonable, fun, brave and a dedicated friend. Aggie is so meddlesome, she’s likely to get herself killed. Detective Sam is a great guy, but even though he cares for Aggie, she frustrates him, poor fellow.

Babs…..What is your favorite ice cream?

Babs….What is your favorite food?

Thank you, Babs, for asking me to be a guest and for good questions!

Babs…. you are welcome so nice to have you on today. 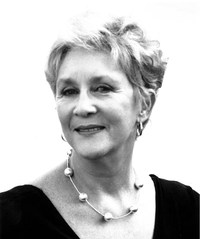 I’ve been writing since age seven: poems back and forth with my mom. I had a real poem published in the Library Journal, Pegasus, at age fifteen. At eighteen, I wanted to study journalism and English literature, but friends who chose that college route were making minimum wage or selling lingerie. Being practical, I earned a business degree. After marriage and two children, I decided I HAD to study literature and write. I wrote non-fiction articles, a biography, and a suspense novel in 2004. That’s when whimsical Aggie Mundeen cut through the suspense, popped into my head and demanded her own series. The Aggie Mundeen mystery capers were born. Aggie must have been right: FIT TO BE DEAD is a LEFTY FINALIST 2013 for best humorous mystery, nominated by Left Coast Crime.

Chat with Aggie and Nancy on their blog: www.stayyoungwithaggie.wordress.com.

How The Scoundrel Seduces by Sabrina Jeffries