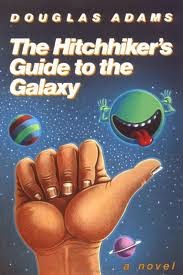 Give Away… Why?
To celebrate Towel Day.
To honour Douglas Adams, an author supportive of derivative fiction.
To introduce a novel of a similar vein to The Hitchhikers Guide to The Galaxy (see below)
a Rafflecopter giveaway
It’s no secret that The Writer’s Coffee Shop’s first major success was a work of derivative fiction. Whilst E.L. James’ Fifty Shades of Grey, was not the first fan fiction to be pulled, reworked and published, it certainly appears to have been the piece responsible for the often heated debate on the merits of such endeavours.
Douglas Adams is one of many authors who embraced derivative works as this article; “Hitchhiker’s Fan-Site Started By Douglas Adams Shows Why Authors Shouldn’t Panic Over Derivative Works” from the bring a towel dept of Case Studies by techdirt, indicates.
Case Studies by techdirt have explored how content creators in a variety of mediums have handled derivative works, particularly musicians, TV/film and authors (all very interesting articles). They concluded that…
“the responses are predictably varied, with some creators embracing derivatives, some abhorring them, some that draw the line on commercial use, and others that use derivatives to build even further works. The least controversial of the lot is work done by fans, of course. Few creators want to go to war with fans that love their work so much they make fan films, or write fan fiction.”
Douglas Adams not only allowed derivatives of THHGTTG, he also started the site h2g2 The Hitchhikers Guide to the Galaxy: Earth Edition to encourage it – a phenomenal, generous and memorable way to give back to his fans. Is it any wonder that he is remembered each year world wide on towel day?

So wear a towel, take a picture of it and share the love with your online community. And if you feel like it enter the Give Away for a chance to win one of three great prizes… The Amazon Gift Card, a copy of The Hitchhikers Guide to the Galaxy or a copy of Everybody Out of the Laundromat, I Need to Think by Phil G Glenn (see summary and cover below)

…Oh and check out the site http://www.techdirt.com they have some awesome case studies. 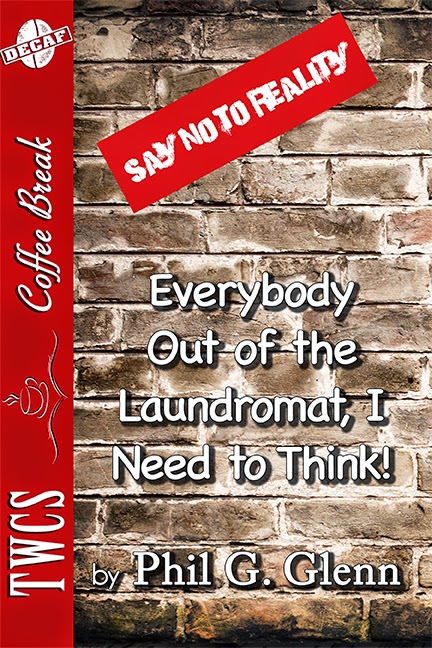 When the ordinary life of Virgil Blaine crosses the path of the even more ordinary Doug Coulthard, it sets off a series of extra-ordinary events. Doug Coulthard is a Filing Clerk and the President of the Unpublished People’s Poet’s Party –Political Unit (UPPPPU) where a catastrophe has just happened; two of his long time members have been published. The UPPPPU goes on a recruiting drive by distributing leaflets, one of which finds its way into Virgil Blaine’s pocket. Virgil Blaine, who is a slight poet himself, attends one of the meetings where he meets Forward Slash who offers Virgil Blaine a job. The offer comes with two things Virgil Blaine has never had; a job and a car and on a whim he accepts. The problem is, through no effort of his own, his position is suddenly elevated. Virgil Blaine says the job is ‘messing with his DNA – Deliberate Non-Achiever’ and he misses his old life and so hatches a plan to get it back…Though very ordinary, Doug Coulthard has the distinction of being only one of four hundred and thirty one Earth creatures who have been abducted by Aliens. The Aliens took Doug to the Canis Minor and back, a round trip of 3.02 parsecs. Due to the spacecraft’s immense velocity Doug was left with an annoying and sudden ‘tic’ which is to nod his head up and down rather abruptly every four minutes. And now the Aliens are back to take Doug on a ‘quite a few years since we last picked you up’ Reunion Party which turns out to be one of the worst experiences of Doug’s life….
If you would like a review copy of Everybody Out of the Laundromat, I Need to Think! by Phil G Glenn, please email marketing at the writers coffee shop dot com

Release Blast, Review and Giveaway for SHIELDED BY THE COWBOY SEAL by Bonnie Vanak