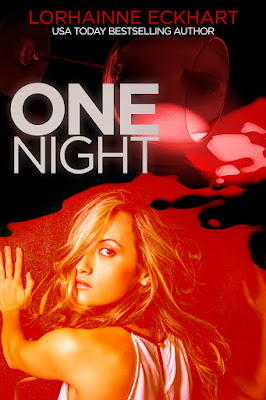 He’d died and gone to heaven.

Then the cold reality bit him as he stared at the naked woman—who had the curviest ass he’d ever seen in his twenty-eight years—next to him. Kate was lying on his bed, and her breathing was light. He wondered if, in fact, she’d fallen asleep. What the fuck was he thinking, screwing a woman he should be protecting? He didn’t even want to think about all the ethical boundaries he’d just crossed. He ripped off the condom and walked across the hall to the bathroom to dump it in the garbage. When he strode back into the bedroom, the bedside light was on, and Kate had crawled under the comforter.

He stood before her, naked, and she sat up, running her gaze over him. She wasn’t shy, and he could tell she appreciated what she saw. But then…hell, look at her! She had a pair of tits that could make a man howl, and her ass gave him enough to hang on to. She wasn’t a toothpick, she was a woman: curvy enough, strong enough that she could take him and keep up with him. He didn’t want to worry about a woman breaking under him.

“No regrets,” he said to her. He didn’t ask, because the last thing he wanted was a woman having second thoughts after all was done.

“None, you?” she asked him, sliding her knees up and wrapping her arms around them.

He could smell her from where he was, and he felt himself hardening again. There were times when he could walk away satisfied after having a woman, but there was something about Kate and the way she watched him, so seductive and sensual, that stirred something in him. She wasn’t asking for a commitment. She had offered him her body, and he had taken it. 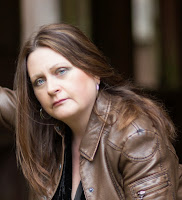 New York Times & USA Today bestselling author Lorhainne Eckhart’s books have been described as Longmire meets old-school Dallas, and she recently received the 2013 Readers’ Favorite Award for Romantic Suspense for her title Lost and Found. With over thirty five titles under her belt, her big family romance series have become a fan favorite. She is frequently a Top 100 bestselling author in multiple genres, such as romance, western, military and mystery/suspense. She has written multiple series, including The Outsider, Walk the Right Road, The Wilde Brothers, Saved, The Friessens, and her two newest additions, Married in Montana, and her high-stakes suspense and sizzling, red-hot romance series, Kate and Walker, Deadly, Dangerous and Desired.

You can chat with Lorhainne on Facebook (www.facebook.com/AuthorLorhainneEckhart, Twitter @LEckhart, and her Kick Ass Books Blog at http://kickassbooksblog.com/)

If you are interested in finding out how to get your hands on early advanced release copies of all her upcoming books, or receiving exclusive access to weekly giveaways, special limited time promotions you can join her newsletter list at (http://eepurl.com/ZHFNz) and all those details will be delivered right to your inbox.

Balance The Divine Book One By: M.R. Forbes audiobook