The Color of Clouds
by J.C. Whyte The Color of Clouds

Synopsis
Pedro’s on a mission. But not your everyday, run-of-the-mill type mission. Because Pedro is dead.

Spirit guide Pedro normally busies himself with conveying messages from departed loved ones through a psychic named Gwen. But when he encounters a recently deceased teenager, the boy’s anguish just about breaks Pedro’s heart. So the spirit guide decides to try and help this boy. Yet meddling in the affairs of the living is a troublesome business, as Pedro soon discovers.

Nevertheless, he convinces Gwen to take an ocean voyage, and that’s when the trouble begins. Within days of leaving port, two passengers on the cruise ship fall into a mysterious coma. Gwen seeks Pedro’s help to restore these passengers, but natural as well as unnatural obstacles keep getting in the way. And by the time the ship docks in Honolulu, the still-living are flat out scrambling for their lives!

A playful blend of science fiction and the paranormal, The Color of Clouds offers a glimpse into the unseen world while taking the reader on an extraordinary ride. The adventure includes danger, mystery, humor, sweet romance and even a dash of thriller.

But the clouds are not what you think. 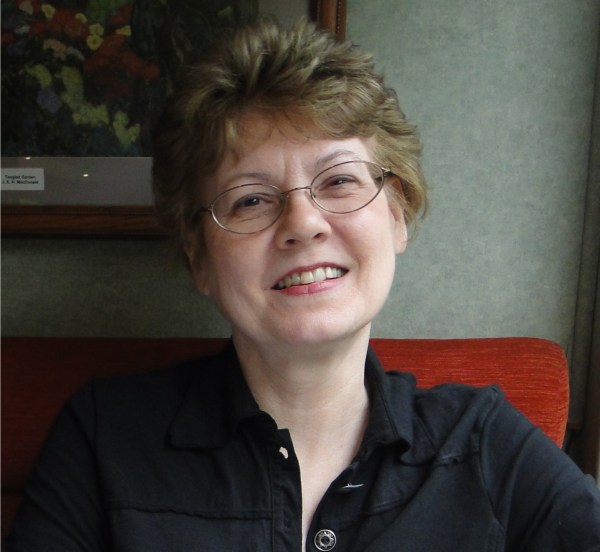 J.C. Whyte discovered her love for writing while still in elementary school, creating children’s stories. But as an adult, J.C. had to face the harsh reality that such writing seldom pays the bills. So she earned degrees in both Journalism and Communications, and then turned to Public Relations, where for ten years she focused her creative energies into feature writing.

After marriage, kids, several more degrees and occupations (including stints as a travel agent and paralegal), J. C. entered law school. While there, she became a columnist for the school newsletter and later, one of her humorous articles was even published in The National Jurist.

Graduating and passing the Bar, J.C. realized within a few short years that creative writing was still what made her heart sing. So now, as a grandma, she has returned to where her life’s calling began, beginning in 2013 with publication of her children’s book Karmack and now in 2015 with her first novel for adults, The Color of Clouds.

There was an element of danger in these dives, especially because of the predatory sharks in the area. Yet it was unlikely a shark would attack the divers. Tiger and Galapagos sharks were the most aggressive, but even they preferred fish, turtles, and seals to humans. So although he felt pretty confident, Drew still kept one eye on Carly.

But as the six divers began their survey, a strange light lit up one end of the reef, diffusing illumination as if a floodlight were shining upon it. This light was also inching closer and closer to the divers. When it was near enough to touch, Drew stuck his arm into the light and instantly the arm disappeared inside it. Frightened, he quickly withdrew his limb. Yet now the arm felt dead as it dangled at his side, refusing to respond to commands.

Carly was too busy taking measurements to notice. But the light kept moving. And before Drew could act, it fully engulfed his wife. She instantly collapsed, dropped from the reef and started to drift into deeper water. He charged after her, kicking harder than he knew he could. But with dogged determination and a single full-functioning arm, he managed to bring Carly’s limp body to the water’s surface.

Drew was now in a full-blown panic. Reaching the boat, he shouted for help; the others quickly pulled Carly on board.

“What happened?” asked one of the crewmen.

“I…I don’t know. Some mysterious light…” Drew coughed and gulped some air. “It passed over her, and she…” He shook his head in disbelief.

“Still breathing,” noted another crewman as he removed her mouthpiece from around her neck and pulled off her oxygen tank.

When Drew lifted Carly’s mask with his good hand, he was stunned to see her blank-looking eyes staring wide open at him.