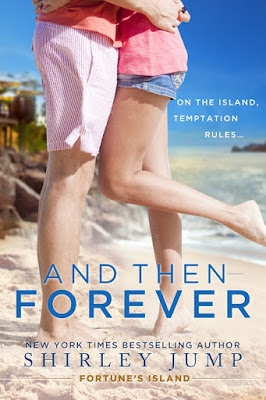 Welcome
to Fortune’s Island, where the only rule is to follow your heart.
Love is an extravagance Darcy
Williams can’t afford. She prefers the simple life, which includes waitressing
at The Love Shack and avoiding temptation. But when a forbidden part of her
past steps off the ferry, her safe, guarded existence is turned upside down.
Kincaid Foster has never gotten over
his first love. When he sees the wild, beautiful blonde again, dancing her way
around The Love Shack, the memories of Darcy’s soft skin, gentle touch, and
heated kisses come rushing back. As the privileged son of a wealthy family,
Kincaid was too young to stand up to his overbearing father when he and Darcy
were together. Now, he’s back on the island—free of the family shackles—and the
chiseled, big-time lawyer wants a second chance.
But, Darcy made a promise to keep a
secret from Kincaid—a secret that is now a six-year-old girl who looks just
like her daddy. If Kincaid finds out about their daughter, Darcy could lose
everything. But, she can’t resist the man who stole her heart all those years
ago. And it doesn’t take long before both of them realize that anything can
happen on a hot summer night.
BUY NOW
Amazon | B & N | iTunes | Kobo

She knew she should stay away from him. Knew she should protect her heart. Knew that falling for him could have far-reaching consequences. But knowing all that and sticking to it when he was touching her were two entirely different things. “Why don’t you come by after I get home tonight?” she said, before she could think twice. “I’ll bring home some dessert, and we can share.”

Abby arched a brow and smiled at her brother. Kincaid’s gaze stayed on Darcy’s, those eyes a girl could lose herself in, as Darcy had, a hundred times before. “It’s a date.”

She nodded, as if this was no big deal, but as she turned away, a smile curved across her face and her heart stuttered, and her steps became lighter. She went through the rest of her shift with this giddy undertone to her every thought, like a song that carried on her breath.

Kincaid and Abby ate their desserts, then paid their bill and headed for the door. At the last second, Kincaid turned back, flashed Darcy one of his amazing smiles, and then mouthed see you soon. She blushed like a schoolgirl, and nearly dropped the drink order on her tray.

By the time the last song was sung at The Love Shack and the lights were turned off, Darcy was moving at a record pace. It was as if she couldn’t clean the tables or set the chairs up fast enough. Jillian and Grace just gave her a knowing smile, and shoved her out the door a little early.

Darcy walked home in the dark, quiet night, but this time her steps were quick, and her mind on her destination. She carried a bag with two pieces of cake, and wondered vaguely if she had enough time to shower before Kincaid arrived.

She rounded the corner to her house, saw the waiting light and Nona sitting in a chair inside. Darcy hurried up the stairs, rushed Nona out of there in a blip, then hopped in the shower and scrubbed off the worst of the work day. Five minutes later, she had changed into a sundress, brushed her stubborn curls into loose waves, and pulled a bottle of white wine out of the fridge.

There was a soft knock at her door, and her pulse skittered. Kincaid, her mind sang. Kincaid is here.

It was how she had felt every single day that summer, as if the world had suddenly turned right side up, just because he was near. She crossed the room, gave one last nervous pat to her hair, then pulled open the door. “Hi.”

His gaze roved over her. “Wow. You look…incredible.”

“Thanks.” She felt her cheeks heat again, and wondered who this new Darcy was. Before this, she never blushed, never got embarrassed. She had her shit together—until Kincaid came back in her life. Then she was eighteen again, and hopelessly in love. “Want to sit on the porch? It’s a small house and I don’t want to wake Emma.”

Truth be told, she was afraid that if she invited him in, she’d be all too aware of how few steps it was to her bedroom. How she could just take his hand and lead him in there, let the whole night stretch before them. So instead she grabbed the dessert, the bottle of wine and two glasses, and headed out to the two Adirondack chairs on her porch. She set a small table between them, then handed Kincaid a slice of cake and a fork. “It’s peanut butter chocolate. One of my favorites from that bakery.”

He took a bite and rolled his eyes. “Oh my God. That is good. Have you had this before?”

She nodded. “It’s one of my favorites.”

“Here, have a bite.” He forked off a morsel, then held it out to her.

Darcy leaned forward, her eyes on Kincaid’s, his on hers, thinking that sharing food was one of the sexiest things a couple could do. Her lips closed over the fork, and hunger flickered in Kincaid’s features. She chewed, swallowed, and moaned. “I think they put pheromones in those cakes. It’s almost…orgasmic.”

“Orgasmic, huh?” His gaze met hers, those hazel eyes dark and mysterious in the dim light on the porch. Heat unfurled in the small space between them. “Maybe we should compare the two. Purely for research.”

“It could lead to the next scientific discovery.”

She swallowed hard, the dessert, the wine, forgotten. “So, it would be a contribution to science?”

“Hmmm…that would be good on my resume.” She smiled at him, then decided there was no point in pretending she gave a damn about the cake or the wine, and got to her feet. “Suddenly I’m in a very scientific mood.”

“Me, too.” He took her hand, and they abandoned everything on the porch, and headed inside, across the front room and into her bedroom. She flicked on the bedside lamp, then stood beside her queen-sized bed and thought it looked both way too big and way too small.

Then Kincaid laid his hands on her waist and leaned down to kiss her, and she stopped caring about anything other than the taste of him in her mouth, and the way he touched her, and how very, very much she wanted him. 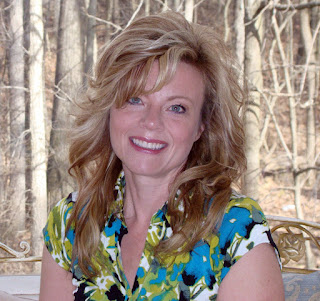 New York Times and USA Today
bestselling author Shirley Jump spends her days writing
romance so she can avoid the towering stack of dirty dishes, eat copious
amounts of chocolate and reward herself with trips to the mall. Look for her
all-new novella in the anthology ASK ME WHY (with Marie Force, Virginia Kantra
and Jodi Thomas), as well as the Sweet and Savory Romance series, including the
USA Today bestselling book, THE BRIDE WORE CHOCOLATE, on Amazon, and her
Sweetheart Sisters series, starting with THE SWEETHEART BARGAIN.
Visit her website at www.ShirleyJump.com for author news and a booklist, and follow her on
Facebook at www.Facebook.com/shirleyjump.author for giveaways
and deep discussions about important things like chocolate and shoes.
Website | Facebook | Twitter | GoodReads

She Dreamed of Dragons by Elizabeth J.M. Walker blog tour

BETWEEN A ROCK AND A HARD PLACE blog tour, review & giveaway

Bro by Kayelle Allen your chance to review. #author #book

A Crafter Knits a Clue: A Handcrafted Mystery by Holly Quinn